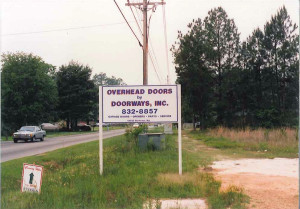 Overhead Door Company of Gulfport was started in July of 1970 at a small warehouse on Dedeaux Rd in Gulfport.  The company started small and grew with the support of its loyal customers and hardworking technicians.  Among those technicians were the owner’s son Neil Stallings and Don Ishee. 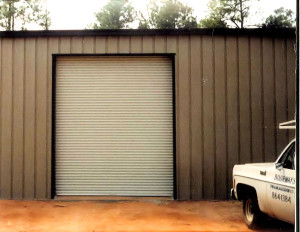 In the mid 1980’s Neil and Don ventured out on their own and formed Doorways in downtown Gulfport.  The pair were able to grow their own customer base and by the early 90’s returned to Dedeaux Rd to buy out Overhead Door Company of Gulfport.  In 1994 they were incorporated and officially became Doorways, Inc.  Neil and Don ran the installation and repair crews while Neil’s wife, Kitty, and Don’s wife, Barbara ran the office.

As Doorways, Inc., the company began to offer more selections of garage doors from other manufacturers giving their customers a larger variety of styles to choose from.  By the late 90’s they had expanded into products such as storm protection, aluminum canopies, gate operator systems, and other specialty products.

In 2002, Neil and Kitty decided to move away and pursue other goals and sold their share of the company to Don and Barbara Ishee.

In 2006 the showroom and office areas were given a fresh coat of paint and new displays were brought in to showcase the garage door industry’s leading manufacturers.  A parts and accessories area was put up for easy access so customers could come in and purchase products with ease.

Doorways, Inc. continues to serve local residents for all their garage door needs whether it’s a new installation or repairing a broken door.  As a small business we greatly appreciate the continued support of our loyal customers.  We will strive to bring you the best and widest selection of products for years to come.